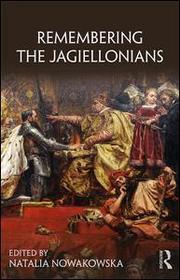 Remembering the Jagiellonians is the first study of international memories of the Jagiellonians (1386-1596), one of the most powerful but lesser known royal dynasties of Renaissance Europe. It is essential reading for students of early modern Europe, ninteenth century nationalism and the history of memory.

is the first study of international memories of the Jagiellonians (1386?1596), one of the most powerful but lesser known royal dynasties of Renaissance Europe. It explores how the Jagiellonian dynasty has been remembered since the early modern period and assesses its role in the development of competing modern national identities across Central, Eastern and Northern Europe.

Offering a wide-ranging panoramic analysis of Jagiellonian memory over five hundred years, this book includes coverage of numerous present-day European countries, ranging from Bavaria to Kiev, and from Stockholm to the Adriatic. In doing so, it allows for a large, multi-way comparison of how one shared phenomenon has been, and still is, remembered in over a dozen neighbouring countries. Specialists in the history of Europe are brought together to apply the latest questions from memory theory and to combine them with debates from social science, medieval and early modern European history to engage in an international and interdisciplinary exploration into the relationship between memory and dynasty through time.

The first book to present the Jagiellonians' supranational history in English, Remembering the Jagiellonians opens key discussions about the regional memory of Europe and considers the ongoing role of the Jagiellonians in modern-day culture and politics. It is essential reading for students of early modern and late medieval Europe, ninteenth-century nationalism and the history of memory.

'Now at long last the Jagiellonians can be remembered besides the Tudors, Valois, and Habsburgs as one of the preeminent dynasties of the Renaissance. This fascinating collection of essays introduces students and scholars to one of Europe?s forgotten ruling families who once controlled nearly a quarter of the continent. With its emphasis on the dynasty?s transnational links, Remembering the Jagiellonians is particularly valuable as it helps restore a political and cultural unity to the vast landscape of Central and Eastern Europe.'

'This volume skillfully demonstrates the mutual influence of dynastic memory making and national identity formation in pre-modern and modern Europe. Taking an innovative long-term approach to the Renaissance Jagiellonian dynasty, it brings this much-neglected family to the attention of English-speaking scholars. The editor and authors compellingly demonstrate the diverse ways in which Jagiellonians were remembered in different regions and different periods. In doing so, they challenge the idea of 'dynasty' as a self-evident historical phenomenon, arguing instead that it is shaped by constructed memories reinvented over time.'

"Remembering the Jagiellonians sheds light onto the complex history of a dynasty that became celebrated in
some countries, vilified in others, and forgotten elsewhere.

Remembering the Jagiellonians answers questions about the dynasty?s legacies across Europe, as developed from the sixteenth century until today. By focusing on memory and memorialisation, the contributors provide an analysis rich in both depth and breadth of how different communities shaped their Jagiellonian heritage.

[...]this is a work of history that is not only valuable to historians of East Central Europe and royal dynasties, but also especially to transnational historians who focus on memory, primarily because of the sheer depth and breadth of the examination that never loses its focus. The methodology is to be emulated." 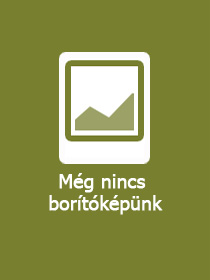