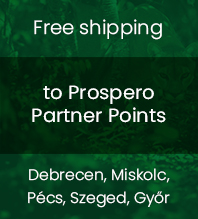 The Settlement of the Pacific
Thomas, Nicholas;
Series: The Landmark Library;
Publisher: Apollo
Date of Publication: 7 January 2021
Normal price:
Publisher's listprice:
GBP 18.99
Estimated price in HUF:
7 975 HUF (7 595 HUF + 5% VAT)
Why estimated?
Your price:
6 779 (6 456 HUF + 5% VAT )
discount is: 15% (approx 1 196 HUF off)
The discount is only available for 'Alert of Favourite Topics' newsletter recipients.
Click here to subscribe.
Availability:
Estimated delivery time: Usually 2-3 weeks, but currently uncertain due to the epidemic situation.
Not in stock at Prospero.
Can't you provide more accurate information?
Add to wishlist
What is wishlist?
Product details:
Category:

Ancient History (until the fall of the Roman Empire)

History of Australia and Oceania

Further reading in the field of sociology

Tthe extraordinary sixty-thousand-year history of how the Pacific islands were settled.

From an award-winning scholar, the extraordinary sixty-thousand-year history of how the Pacific islands were settled.

Thousands of islands, inhabited by a multitude of different peoples, are scattered across the vastness of the Pacific. The first European explorers to visit Oceania, from the sixteenth century on, were astounded and perplexed to find populations thriving so many miles from the nearest continents. Who were these people? Where did they come from? And how were they able to reach islands dispersed over such immense tracts of ocean?

In Voyagers, the distinguished anthropologist Nicholas Thomas charts the course of the seaborne migrations that populated the islands between Asia and the Americas. From the third millennium BC, the Philippines, Indonesia, Micronesia and Melanesia were settled by Austronesian peoples of the western Pacific littoral. Later movements of Polynesian peoples took them even further afield, as far as Fiji, Samoa, Tonga, Tahiti, the Marquesas, Easter Island and - eventually - New Zealand, up to AD 1250.

Drawing on the latest research, including insights gained from linguistics, archaeology, and the re-enactment of voyages, Thomas provides a dazzling account of these long-distance migrations, the sea-going technologies that enabled them, and the societies that they left in their wake.

'Beautifully written, with spell-binding vignettes. An important, original contribution to our knowledge of life in the Pacific' Dame Anne Salmond.

'Intellectually sophisticated and clearly written, this first-rate study of the experience of the Pacific Islanders provides one of the best available studies of the nature of imperial contact and violence, and of the traumas they caused' Jeremy Black.

'Islanders is not only a fine work of scholarship but also a lucid and engrossing read' Rod Edmond.
Relevant matches